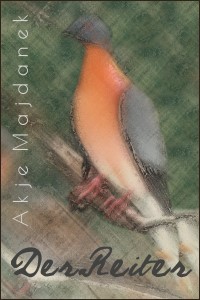 Bullied by his classmates, his father and his boss, assistant detective Edison Álvarez is timid, nervous and shy. He never wanted to join the police force; if his tyrannical father hadn't forced him to follow in his footsteps, Edison would likely be a poet or painter now.

His only friend is Dmytri Chenko, a scientist experimenting with time travel. When Dmytri is murdered, Edison tries to swallow his fear and find the perpetrators. After he stumbles across evidence of a government coverup, however, his boss reassigns him to a low-priority case.

But are the two cases related? Edison blunders into a future America where a Quiverfull president plans to turn the country into a totalitarian theocracy. When the president redesigns Gitmo as a death camp for homosexuals, Muslims and immigrants, Edison knows he must do something to stop the chain of events leading to World War III.

But what can one timid, frightened little man do against totalitarianism?