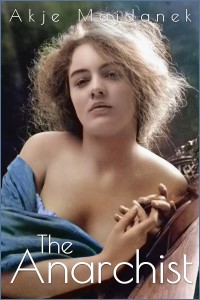 Duped into aiding in an attack, Theo flees the country before the police can link him to the crime. Leaving his fiancée behind, he heads to America to work in his uncle's vaudeville theater until things blow over back home.

But America proves just as dangerous. When his uncle turns him into a matinee idol in the emerging silent movie industry, it puts everyone in the theater in jeopardy, especially Theo's new partner Adeline, a torch singer with secrets even more disturbing than his own.