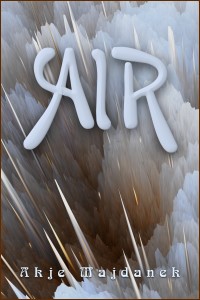 In 1910 industrialization is at its height, and the world is a polluted wasteland of factories. Wealthy industrialist J.P. Gorman launches the world's biggest airship, the Titan, to circle the globe continuously above the clouds. Anyone who is anyone wants to be aboard for her maiden voyage. The world's most affluent celebrities purchase staterooms so they can live above the choking smoke and breathe clean air again.

But unknown on the day of the launch, an epidemic is sweeping the land and someone has brought it aboard ─ a respiratory disease spread by the very air.

Funny how it all fragmented in dreams.

"Are you Jarvis? I set off the fire alarm down the street as soon as I saw smoke pouring from the windows. Your mother's alive but badly burned. Oh my god, I can't believe how fast the fire spread!"

In real life it'd happened so quickly, dozens of events and conversations occurring at the same time, but in his nightmares it splintered into garbled segments.

Love to torture yourself, don'tcha, Jarvy?

Got to wake up!

“Out of the way; I'm the doctor. You'll have to get out of the way so we can load this stretcher.”

This had to stop.

You know there's only one way to stop this, Jarvy.

“Cops here yet? Tell ‘em to hold back this crowd. We need to get this stretcher through.”

"Don't speak, Mom; save your strength. I hear horses! The ambulance must be here. Hold on!"

Everything gone. His father, the house, their money and possessions. All his father's papers.

Why is there so much hate in the world?

Got to wake up now, Jarvy.

His mother barely made it out alive.

“Out of the way, people! Stretcher coming through!”

The neighbors saw men in white sheets pouring kerosene around the house.

Got to get out of here.

"Listen, Jarvis. Have to tell you something, angel. Running out of time..."

He'd been at school that day, at a meeting of the Quill & Scroll Society.

Okay, I'm lying. It won't stop even if you do wake up.

“Are you Jarvis? I'm Dr. Shamal. The medics just brought in your mother. She has severe burns but won't let us treat her. You'll have to keep her calm so we can help her.”

Odd to feel so guilty for attending a meeting of an honor society.

Should have been at home. Would've died with them.

"Listen, angel. We're not from Dystopia, not originally."

Survivor guilt. Why was it only the good who felt guilty?

Seriously, got to wake up now.

How could anyone do this?!

Got to wake up. Rise and shine, Jarvy!

Only the good felt guilty. The wicked felt nothing but hate.

Wasn't hate a sin? The Creator said so in the Holy Book. God hates no one.

Not even clansmen? Can't be true.

"Jarvis, listen. You walk in the light, son. You hear me, Jarvis? Always walk in the light. Be a good man, a kind man. Always be my angel, okay? Don't sink to their level. Don't become a criminal, like them."

Putting my fingers in my ears now.

No one will call me angel ever again. No one will ever love me like that.

At least I know there's a Heaven now. If it didn't exist before, they'd have to build it just for her.

Wasn't that the only unforgivable sin? To accuse God of hate and cruelty?

“I'm sorry, Doctor. We have a flatline.”

No, the only unforgivable sin was the failure to keep a deathbed promise to your mother. Jarvis had to get to Utopia, even if it killed him.

I can't believe my parents are dead. I've lost everything ─ my family, our home, all our belongings, the life I knew.

The police have done nothing to find the arsonists, but I'm not surprised. There are no blacks or browns on the force ─ no people of color at all ─ so it's probably a closed case already. In any event I promised Mom I'd go to Utopia, and there's nothing holding me here now.

At the moment I'm staying with neighbors, but I can tell they're nervous about having me here. Still, they've been lovely. They took up a collection around the neighborhood to pay for Mom's burial. Dad died in the house, so of course there was no─

But I don't want to think about that. Was this a simple act of hate, or was Dad a special target? I know he was working on some kind of secret project with another scientist. Wish I knew what it was. I only know I have to get out of here.

Today I found something that might help. All our money literally went up in smoke, so I can't even afford a steerage ticket. When Mom and Dad were alive we traveled second class. A new airship called The Titan is launching on Wednesday and it's headed for Utopia on its maiden voyage. In this evening's paper I saw this:

What else could it mean but that they need a reporter to cover the launch? Interview's tomorrow and I'm a nervous wreck, but I have the credentials for the position. Here's hoping I get the job.

—  From the diary of Jarvis Evans